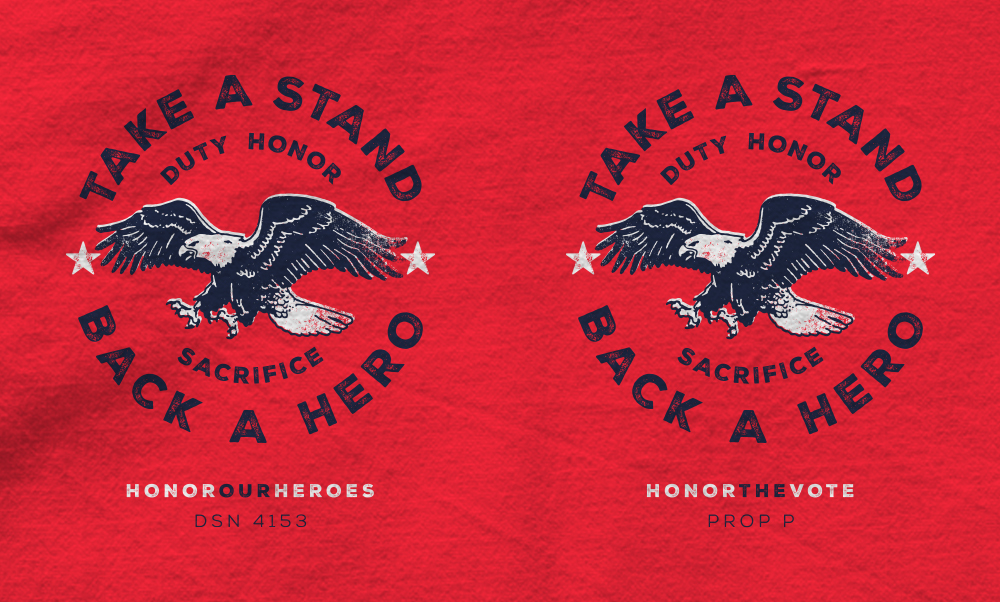 Honor Our Heroes Campaign. SED was happy to partner with Woodsmoke BBQ for a summer fundraising campaign to honor fallen first responders during their “Honor Our Heroes” in-store event, and through which proceeds from event sales supported the local Backstoppers organization. Tasked with developing a campaign name and look, SED created the “Take A Stand, Back A Hero” logo design that was featured on t-shirts which were sold at the event and at the 2017 Backstoppalooza. Additionally, a campaign extension was created – “Honor The Vote” – to show Woodsmoke’s support of the St. Louis County Police under “Prop P” and was used on voting signage. Both campaign logos were promoted on Woodsmoke’s social media pages. Local community first responders showed up in full force! Through this successful Honor Our Heroes event, Woodsmoke BBQ fostered community comradery, supported a necessary cause and earned live media coverage on Fox 2 Now and KPLR 11 News. 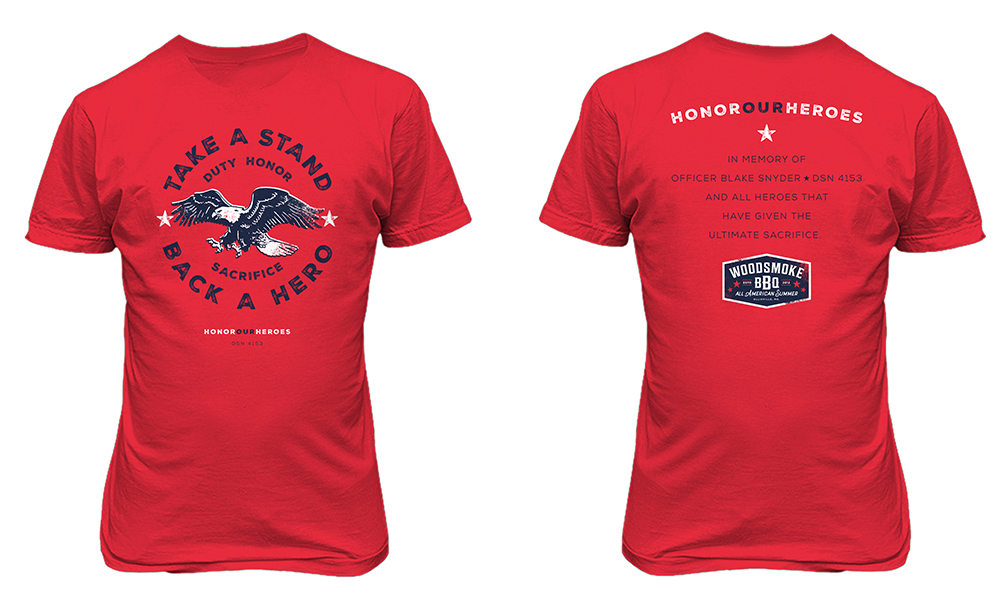